Important Factor to consider before choosing the medical university abroad 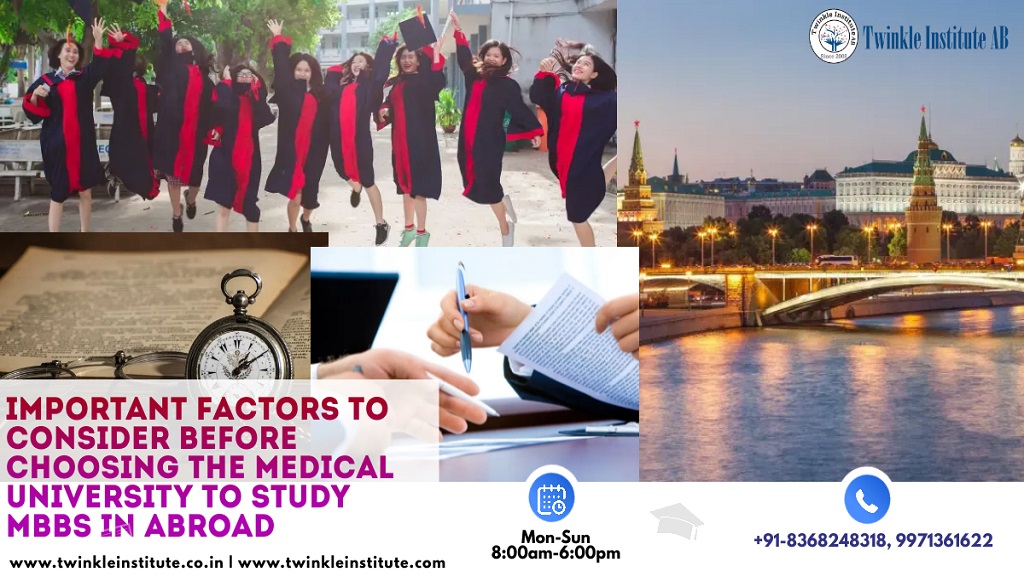 Important Factor to consider before choosing the medical university abroad

MBBS overseas is increasingly a popular option for thousands of students. It does not cause any difficult procedures or fees. Admission to medical schools in other countries is a pretty straightforward procedure. MBBS abroad offers a plethora of chances to its students. The student must send the paperwork to us, and we will begin the admissions process right away.

The admission letter is issued once submit the following papers:

The Cost of a Medical Degree Abroad

MBBS overseas offers a viable option for medical education studies. The cost of MBBS in Russia, Ukraine, Kyrgyzstan, China, Bangladesh, Guyana, and other such nations is substantially lower than that of private medical institutions in India. The cost of living in these nations is quite low for international students. These colleges also provide scholarships to deserving students.

The following admission requirements for Indian candidates seeking admission to MBBS programs at any of the Best Medical Universities in the World:

Firstly, a non-reserved Indian medical candidate must have got a minimum of 50% in their 12th grade in Physics, Chemistry, and Biology.

Secondly, Medical aspirants from the restricted categories (SC/ST/OBC) can apply with a minimum of 40% marks in Physics, Chemistry, and Biology, according to NMC/MCI criteria (Medical Council of India).

Medical students must take the NEET (National Eligibility and Entrance Test) starting in 2019.

FMGE is an acronym for Foreign Medical Graduate Examination, which is also known as the NMC/MCI Screening Test, The National Board of Examination is to administer this exam/test. According to the screening exam requirements, this test is required for all Indians and Overseas Citizens of India (OCI) to get a provisional or permanent license with the NMC/MCI (Medical Council of India) or SMC (State Medical Council).

Students studying MBBS abroad must take and pass the FMGE/NEXT test, which is essentially an Indian medical licensure exam. However, if a foreign return graduate wishes to practice medicine in India, he or she must pass the FMGE.

However, The NMC/MCI screening Examination (FMGE) is the most challenging exam of your medical career. But if you have a solid foundation in your medical studies from the Top Medical Universities Abroad, you will easily pass it.

Students can apply for FMGE registration only when they return to India after completing their MBBS in another country. The test will be entirely computer-based and administered at various locations around India.

The duration of postgraduate or medical residency programs:

Planning to study MBBS Abroad or Medical Post-Graduation in Russia? Visit Twinkle Institute AB, an eminent organization that has been assisting Indian medical aspirants in selecting the most suitable university to help them achieve their dream of becoming qualified doctors and getting a license to practice in India for the past 25 years. 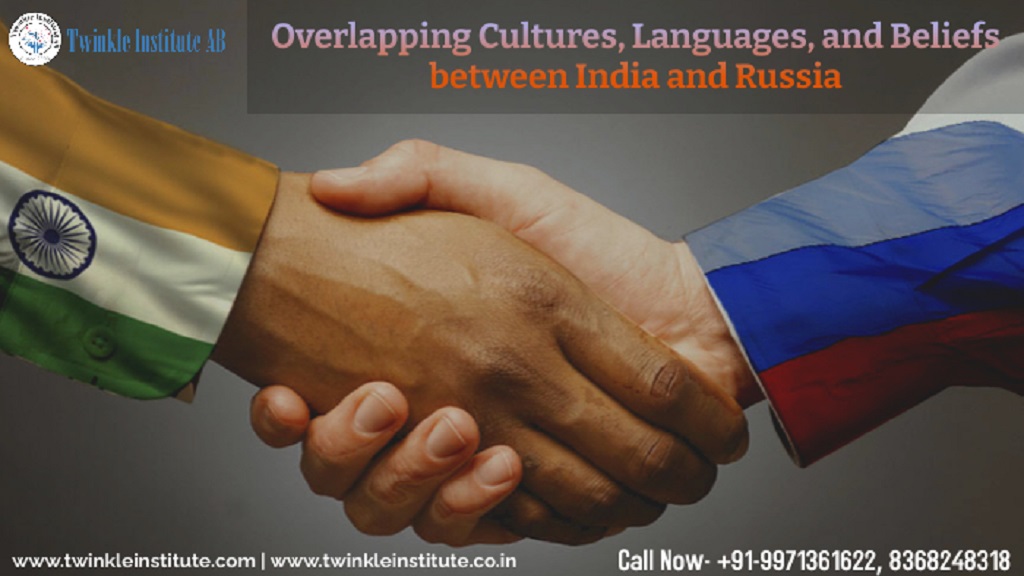 Overlapping Cultures, Languages, and Beliefs between India and Russia

It is a well-known and well-established truth that India and Russia have always been each other’s confidants. This has been carefully tested over years and years since the Soviet Union’s inception. It has remained so even after the union’s breakup.

This friendship between the nations has resulted in various commonalities among the residents over the years. Even though Russia and India are worlds apart, with completely different routines, norms, systems, etc. There may be no similarities between the countries or their inhabitants. However, if you take a methodical approach, you may easily find parallels in over one aspect.

Russian communities, like Indian ones, maybe exceedingly superstitious and traditional. Some of the many shared views across the countries, and no one knows who affected whom.

Omens such as a black cat crossing a route, a mirror cracking, stepping over people laying on the ground. They are evil, but omens such as a hand itching for money gains. These are popular ideas not just in Russia, but also in India.

Another little-known fact about Russia is that the country’s native language has many parallels with Sanskrit, the alphabet on which various Indian languages such as Hindi, Marathi, Kashmiri, and others are based. Several Indo-European languages have similarities with Sanskrit, but Russian appears to be the most similar.

Here are some instances of terms that are typically pronounced similarly in both languages and imply the same thing.

Snacks and Food in India and Russia

The word “chai” means tea in both Hindi and Russian, and the beverage is immensely popular in both. Despite strong local consumption, India is the world’s second-largest tea exporter. Russia buys 150 million kilograms each year!

In both communities, they feed chai with identical devotion. Russians like tea with sweets after every feast, but in India.

They make Russian food with less salt and spices; several meals, such as Borsch, are like Indian soups and may be eaten with or without meat; other frequent foods include cutlets, puffs, and rice, which can be vegetarian or non-vegetarian.

In Russia, both Indian and Russian households prioritize and cherish family values and culture. Adults in Russia and India are fairly unusual to live with their parents long into their thirties. Sceptics may claim that in both nations, financial limitations drive people to bring their brides home to their parents’ homes, but this is very simple.

Indians and Russians who live apart visit not only their family on important holidays for the sake of tradition. Whatever the virtues, this would have to do with the reality that our cultures are a lot less individualistic.

Art and Culture in India and Russia

Both countries have a tremendous love for art, music, theatre, film, and every other kind of cultural expression. Russian theatre and circuses have received widespread international appreciation. Both nations have a long tradition of maestros and virtuosos in domains like literature, music, poetry, art, and so on.

Names such as Wassily Kandinsky, known as the “Father of Abstract Art,” Dmitry Shostakovich in music, Leo Tolstoy, who influenced Indian nonviolent idealism, and Fyodor Dostoevsky, whose narrative has been brought to life on Indian film screens repeatedly, are among the many popular names in India. 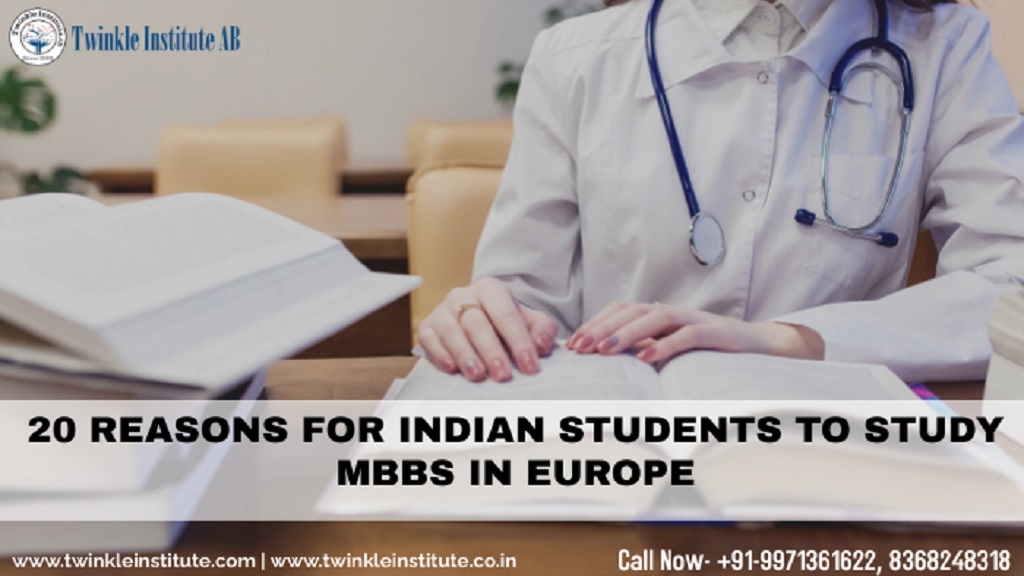 20 REASONS FOR INDIAN STUDENTS TO STUDY MBBS IN EUROPE

Students prefer studying MBBS overseas due to fierce competition in Indian medical institutes and costly expenses, In this paragraph, I’m going to discuss a few reasons for Indian students to study MBBS in Europe.

Firstly, Europe is the best location for medical studies, Students from all around the world travel to Europe to study medicine. Secondly, It has recently become the most popular location for MBBS studies. Thirdly, and most importantly, In Europe, there are a lot of seats available for studying medicine, For many Indian students, studying MBBS abroad is a dream come true.

Here are some of the reasons why Indian students should study MBBS in Europe.

2. Medical Degrees That Are Recognized

4. Europe is the most desirable location to live.

8. Eligibility Criteria is the bare minimum.

10. There is no need for IELTS/TOEFL.

14. English is the most commonly used medium of instruction and the most widely spoken language.

16. More Emphasis on practical as well as theoretical knowledge

18. Students have the option of practising in India or Europe.

As a result, MBBS in Europe is a far superior alternative for Indian students than MBBS in other nations, Simply select the nation and university that best meets your needs, budget, and aspirations, so these were the top reasons to study mbbs in abroad. 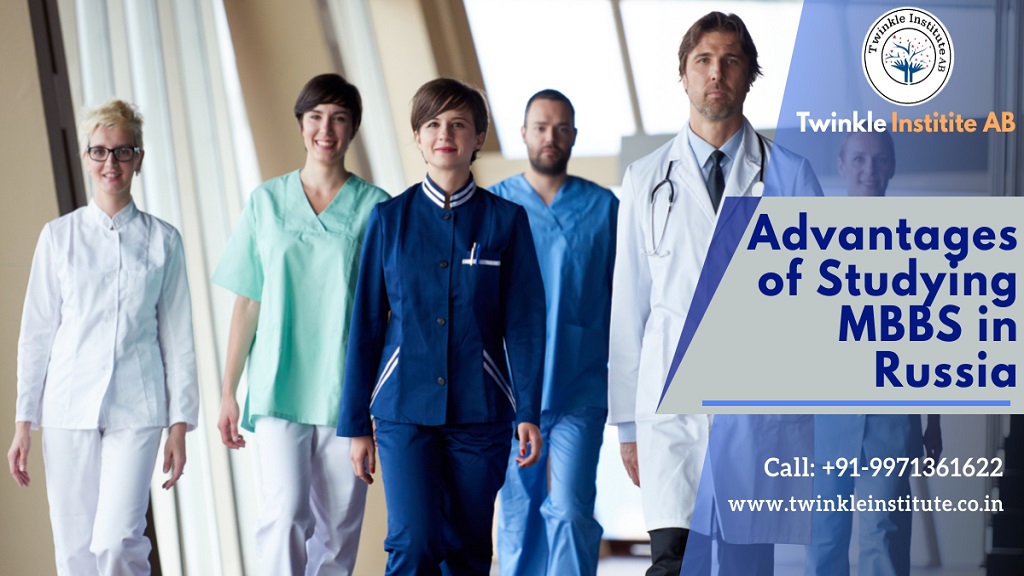 Advantages of Studying MBBS in Russia

There are many reasons to Study MBBS in Russia, but first, let’s look at some intriguing facts about the country.
Russia is known for having a strong and advanced educational system. Russia has the highest literacy rate in the world, at 99.6%. Russia attracts a large number of international students, particularly those who desire to study MBBS in Russia, due to its high educational quality and cost-effectiveness. Their educational standards are comparable to those of Europe. Furthermore, Russian institutions are noted for evolving and updating their curricula regularly to reflect new developments.

MBBS at RUSSIA provides a platform for medical students to gain a high-paying career at some of the world’s top medical farms and hospitals. Students with a GPA of at least 50% who want to study medicine in RUSSIA are eligible to apply for the Scholarship. Among the 35 European Medical Institutions, Russia has around 15 universities that are approved by three important medical bodies, namely the World Health Organization, UNESCO, and the National Medical Council. “MBBS IN RUSSIA” is also offered to Indian students from the CBSE and ICSE boards. The study will last 5 years, and Medical Education in RUSSIA additionally provides for 1 year of internship.

Why should you pursue an MBBS degree in Russia?

Any medical student’s dream is to study MBBS in Russia because the country has top medical universities and attracts graduates from all over the world, including India, who want to study MBBS. Above all, the degree is recognized and accepted by the MCI, making it a popular choice for Indian students interested in studying MBBS in Russia. MBBS stands for the study of Bachelor of Medicine and studies of bachelor of Surgery. It is also considered the most prestigious course accessible to a medical student.

What will happen to the last student now?

In the ranking of developing countries, India was ranked 67th. However, when we evaluate the doctor-to-patient ratio, there is only one doctor for every 2000 patients (approx.). NEET 2018 attracts a total of 12 lakh students from across India. Only around a quarter of the pupils pass the exam. This is one of the main reasons why students prefer to pursue their medical education in other nations. Because of its quality education and inexpensive pricing structure, Russia is a preferred option for Indian students interested in studying MBBS abroad. Both English and Russian mediums are used in Russian medical schools.

Around 7000 Indian students are studying in Russia, with roughly 80% of them being medical students. In Russia, there is an active community of Indian students who can help you throughout the course.

If an Indian student receives his or her MBBS degree from anywhere in the globe, he or she must take the FMGE/MCI Screening Test to be validated and practice medicine in India.

MBBS in Russia Has Many Advantages for Indian Students:

If you have not yet decided on ‘Russia’ as your destination for MBBS studies, and you are still perplexed as to what makes MBBS studies in Russia so unique?

Now that you’ve read about the advantages of studying MBBS in Russia, you may make your final decision. In recent years, there has been significant growth in the number of students studying for their MBBS in Russia.

So, what are you holding out for? Begin your application procedure as soon as possible!