Why choose Russia for studying MBBS in abroad? 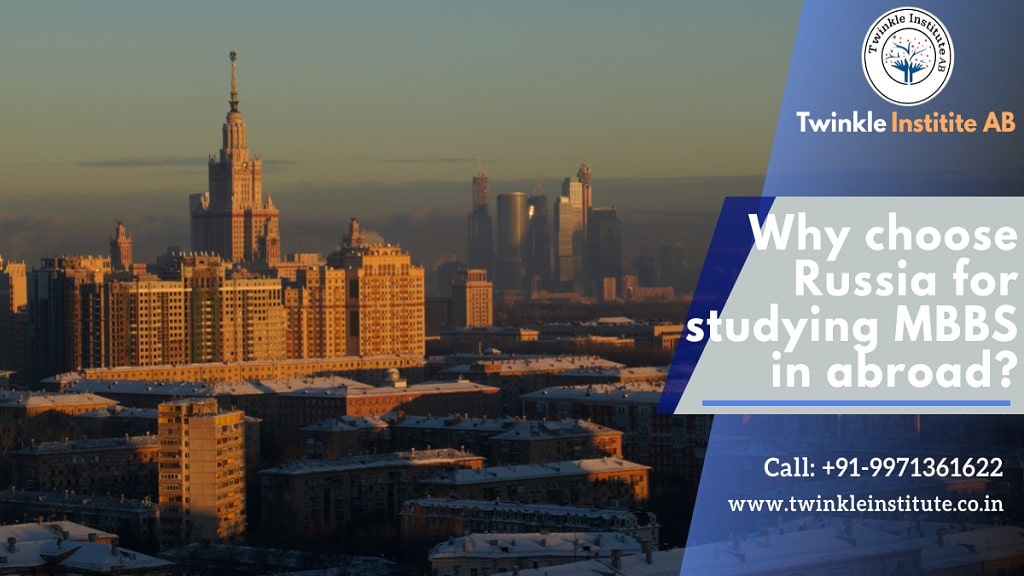 Why choose Russia for studying MBBS in abroad?

Russia, commonly known as the Russian Federation, is a sovereign state located in Northern Eurasia. Russia is the world’s biggest country, accounting for more than one-eighth of the total land area. Today, Russia is a popular location for international students seeking to further their studies in health and science. Medical schools are well-known all around the world.

Thousands of students from many nations, including India, Nepal, Pakistan, and Bangladesh, go to Russia each year to study general medicine and other medical programs. All of Russia’s medical universities are certified by the world’s largest organizations, including WHO, UNESCO, and the medical councils of several countries, including the United States, the United Kingdom, the Middle East, Australia, India, and Canada. In Russia, the MBBS program lasts six years and is taught in English. However, if the student wishes to learn Russian, the MBBS program in Russia lasts seven years, including one year of Russian language training.

For Indian medical aspirants, pursuing MBBS in Russia is the greatest option. Tuition expenses for MBBS at Russian medical school are quite low in contrast to other nations. As a result, Russia is the ideal destination for international students interested in studying medicine, bachelor of surgery (MBBS), doctor of medicine (MD), or other medical degrees. The quality of education at Russian medical colleges is equivalent to that of education in other industrialized countries such as the United States, the United Kingdom, and others. Most medical universities in Russia teach in English, making it simpler for international students to adjust to school and the country.

Benefits of doing MBBS in Russia

The admissions procedure for MBBS in Russia is quite basic and straightforward. Here are some of the elements that draw students from all around the world to study in Russia: