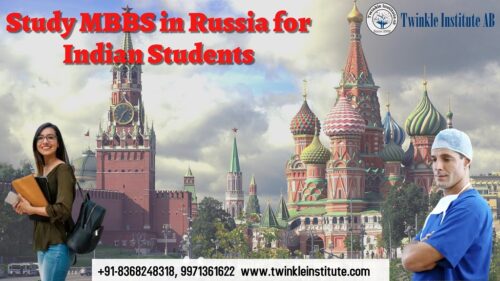 Russia has always been a top-priority choice for Indian students looking to study medicine in a foreign country. Russia ranks 30th among the top 100 medical universities, according to the World Health Organization’s “Directory of World Medical Schools.” MBBS in Russia is becoming increasingly popular among Indian students because of its high-quality education at an inexpensive cost. So, before enrolling in any Russian university or college, you should know the climate, culture, food, currency, transportation, geography, and other factors.

Russia is the world’s largest country, covering one-eighth of the planet’s surface. Moscow, Russia’s capital, is Europe’s most populous metropolis. The terrain of Russia ranges from desert to freezing mountains. The Volga is Russia’s longest river. The river winds its way between forests and steppes. The Volga has many tributaries, the most notable of which are the rivers Kama, Oka, Vetluga, and Sura. The Valdai Hills, located halfway between Moscow and St. Petersburg, are a famous tourist destination.

The ideal seasons to visit Russia are spring and fall when the highways are packed with travellers, The easterly winds, known as Buran, can bring freezing winds, causing temperature drops and heavy precipitation.

The Russian Ruble or Russian Rouble is the country’s official currency. After the Pound, the ruble is the second-oldest national currency. So, like the Philippine pesos, the ruble’s sign was a P with a horizontal stroke below the top.

Russian cuisine is a broad variety of cooking traditions that Russians follow. The cuisine comprises a variety of flavorful meals. Russian cuisine includes delicacies such as pancakes, cakes, rolls, pies, and handmade noodles, among others, Sorrel, Solyanka, Okroshka, and Borscht are among the soups available in the cuisine, Sbiten is a classic Russian hot beverage that Russians adore in the winter. There are many additional traditional beverages, such as Kvas, a traditional Russian beverage that is refreshing in the summer.

Such as, railways, trolleybuses, trams, metro buses, and other modes of transportation connect the country. Other services provided by Russia include ferry services. If you have a huge bag that takes up room on the bus, you will be charged extra. The country offers both traditional yellow taxis and phone apps such as Uber, Gett, and Yandex taxis.

In terms of folk dance, literature, paintings, classical music, ballet, and so on, Russian culture is incredibly rich and fascinating, Handicrafts and beautiful house decorations are popular among Russians. Matryoshka Doll, also known as the painted nesting doll, is Russia’s most famous handicraft, Many Russians believe in omens and stories, and they observe pagan holidays. Paganism and Christians share great holidays in Russia, such as Easter and Christmas.

Why study medicine in Russia?

The benefits of studying medicine in Russia

Duration of the course

If you want to study medicine in Russia, you need to conduct some research on universities in the country and choose the best one for you.

Step 1: Applicants must complete an application form for universities or colleges.

Step-2: Must submit all essential documents for MBBS in Russia for Indian students.

Step 3: After completing step 2, the candidate’s applied universities or colleges will send a confirmation letter or acceptance letter a few days later.

Step-4: The candidates must now pay their university or college tuition.

Step 5: The Indian students for MBBS in Russia must apply for a visa at the Russian Embassy.

Step 6: Once the candidate has received the visa, it is time to fly to Russia to pursue an MBBS degree.

Getting a visa for MBBS admission in Russia

Students must contact the Russian Embassy in Kolkata after receiving admission letters or invitation letters from Russian universities or colleges. A student must have a Visa identity evidence to travel to Russia to study MBBS. The following are some of them:

How To Pursue MBBS In Russia Without NEET?

While NEET is a well-known brand in medical school applications, most MBBS institutes abroad have been allowing students to apply without a NEET score for a few years now. Most foreign countries adhere to this strict rule. Take, for example, Russia. Such as, the QS-World University Rankings list, Russia features several highly ranked medical schools. If you look attentively, you’ll notice that certain universities do not require students to submit NEET scores. Instead, they require students to complete entrance tests in topics like biology and chemistry.

How to Choose the Right Medical University?

Medicine In Russia, Medical college in Russia,Study In Russia For MBBS