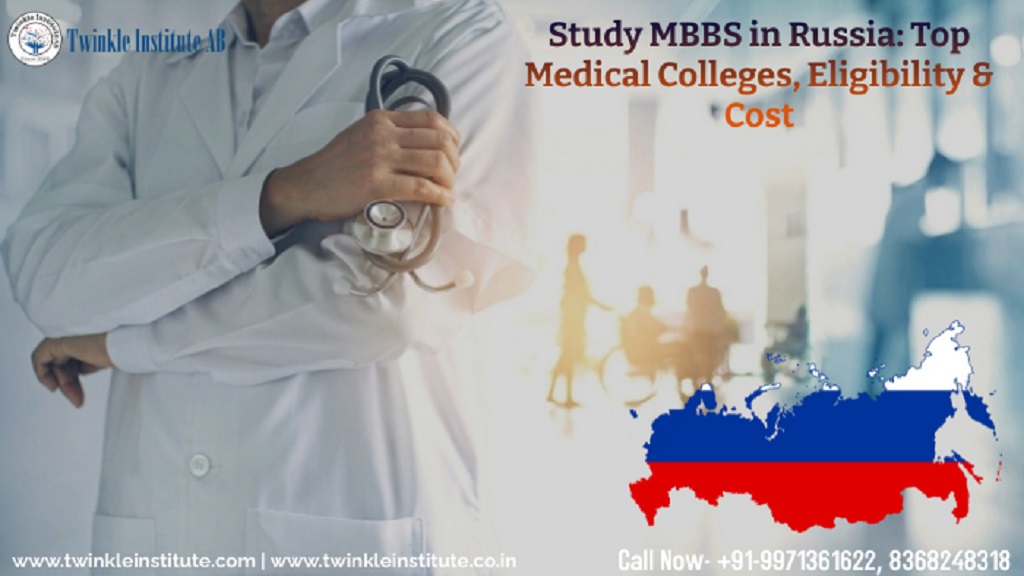 MBBS is a 6-year degree in Russia. The Medical Council of India (MCI) has approved over 53 Russian universities that offer an MBBS degree, allowing you to complete your studies overseas and practice medicine in India. All candidates planning to study MBBS in Russia must pass the NEET exams, according to MCI regulations. To legally practise medicine in India, graduates with an MBBS degree from Russia must pass the Foreign Medical Graduates Examination (FMGE).

MBBS study in Russia is becoming a viable alternative for prospective doctors who have been denied admission to India’s top medical schools in recent years. For admission to most Russian colleges offering MBBS, no language test such as TOEFL/IELTS or entrance exam is necessary. However, your CBSE/ISC 12th scores must have a minimum aggregate of 50% (in PCB) or higher, Tuition fees for admission to the MBBS program at Russia’s best universities range from 193,000 to 874,000 Russian Rubles each year. The costs of studying in Russia for Indian students range from 1.9 to 8.8 lakh INR per year.

According to WHO Rankings, Russia has risen on the study destination ladder for medical students, occupying roughly 30 spots among the top 100 medical schools. The low tuition allows students to pursue their ambitions of studying abroad at a low cost Because of COVID-19, they temporarily conducted all classes online; nevertheless, universities are currently taking applications for new sessions Between January to August, most prestigious Russian colleges accept applications for September sessions.

Why Study Medical in Russia?

Approximately 10,000 Indians are enrolled in Russian universities, and most of them are pursuing MBBS programs. Some reasons why MBBS students want to study in Russia are:

The MBBS Admissions Process in Russia

For Indian students, the admissions process at Russian universities is fairly straightforward. Applicants must have a senior high school diploma with biology and chemistry as obligatory subjects. Some institutions don’t even require a certain percentage of students to graduate. As a result, if you want to pursue an MBBS degree while studying overseas, Russia is an excellent option.

For admission to the MBBS program, students may be required to take an entrance exam administered by several Russian universities. They are, however, less competitive than other medical exams such as the NEET, MCAT, and others.

Scope after Medicine in Russia

Most Indian students opt to return home after completing their MBBS study in Russia. To practice medicine in their native country, they must pass an MCI screening, commonly known as the Foreign Medical Graduates Examination (FMGE).